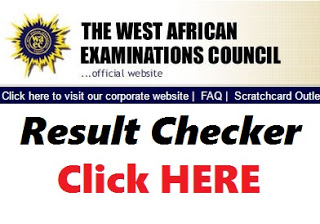 How to check WAEC Result online and 2021 Waec Result 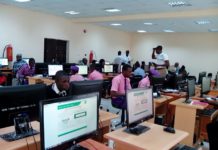 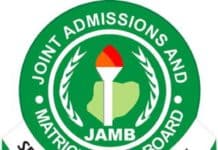 Jamb 2022 registration procedures: All you need to know 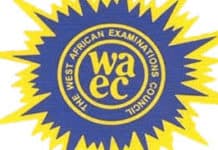 WAEC 2022 Registration: All you need to know

How To Pass IELTS Program with High Score…. Planning to Travel Abroad? Read This

See Rights of a Woman in Nigeria according to the constitution.  A right is defined as a power, privilege or immunity guaranteed under a constitution, statute or case law or claimed as a result of long usage according to wikipedia

In moral ground, respect for rights is seen as a matter of justice. Rights can be asserted, demanded or stood upon. The obligations they impose are expected to be performed and their non-performance occasions feelings of indignation, resentment and disappointment.

The Rights of a Woman in Nigeria according to the constitution out in the nation’s Constitution. The rights of women enshrined in the Nigerian Constitution are consistent with the ideals of humanism.

But unfortunately, the rights and ideals have remained paper tigers, mere theoretical postulations with little practical bearing on the lives and conditions of the Nigerian women.

Rights of a Woman in Nigeria according to the constitution

These are the Rights of a Woman in Nigeria according to the constitution. These rights covers women only.

This takes the form of a woman being treated less favourably than a man on the grounds of sex or indirectly by conditions applied equally to men and women which are detrimental to women.

Research reveals that adequate maternity leave is important to enable the woman’s body to recover after delivery.

Women still have a higher unemployment rate than men. Those employed are concentrated in the informal sectors like agriculture, petty trading and services. Home-making is still not recognized or compensated.

RIGHT TO EDUCATION AND TRAINING
Access to education is still low, especially in the northern parts of the country where withdrawal of girls for the purposes of marriage or for care giving is still practiced.

According to ActionAid, ‘…educational developments in northern Nigeria is lagging behind other parts of the country on practically every indicator, number of facilities, transition rates, girls enrollment, number of teachers…The girls are hawking wares or doing household chores.

RIGHT TO PARTICIPATION IN POLITICAL AND DECISION MAKING PROCESSES

Although Article 7 of the Protocol to the Charter on Human and Peoples Rights on the Rights of Women in Africa provides for both parties of a marriage to enjoy equal rights within and after the marriage, in issues of custody and access to an equitable share of the joint property deriving from the marriage, this is not the case.

Three forms of marriages are recognized in Nigeria – Customary, Islamic and Marriage under the Act. The reality of women married under Customary and Islamic law has not yet been affected by the protocol.

The Rights of a Woman in Nigeria according to the constitution talked about violence against women. The protocol guarantees women freedom from violence.

In reality, there is a prevalence of violence against women in our society.

This can be direct or indirect.

ACCESS TO JUSTICE AND EQUAL PROTECTION UNDER THE LAW
The Constitution and certain laws in Nigeria still contain discriminatory aspects. For instance, Section 26(2) of the Constitution does not allow a Nigerian woman to transmit her nationality to her husband if he is a foreigner.

Section 55[12] of the Penal Code applicable in Northern Nigeria permits wife battery as chastisement as long as grievous harm is not inflicted. Section 55 of the Labour Act prohibits women from working in the night.

According to the National Human Rights Commission (NHRC), challenges to the promotion and protection of women’s rights still include harmful traditional practices such as female genital mutilation, widowhood rites, child marriage and violence against women.

RIGHT TO INHERITANCE
For me, this is Rights of a Woman in Nigeria according to the constitution that are lacking in Nigeria. In most parts of Nigeria, female children are still discriminated against on issues of inheritance.

It was expected that discrimination against women and the girl child on the issue of inheritance would end.

This is definitely not the reality, probably because the decision has not gained nationwide popularity and poverty prevents women from going to court to assert their rights.

THE RIGHT TO A HEALTHY ENVIRONMENT AND SUSTAINABLE DEVELOPMENT
Every woman in Nigeria has a right to a healthy environment that is favourable to their development.  The environment is degraded, as is the current situation in Nigeria, women are most affected because of their culturally and socially defined roles and responsibilities, because their adaptive capacity is low due to poverty and because their livelihoods are tied to the environment.

In sum, any damage to the environment is damage to women as it affects their potentials and their productivity.

Credits to the Lawyers Chronicles

Note: This post “Rights of a Woman in Nigeria according to the constitution ” is not for discriminatory purpose, rather its for enlightenment.